Russia's War in Ukraine: RM's Most Popular Reads of 2022

Since it began in February 2022, Russia's war in Ukraine has remained a top news story around the world. From polls that give insight into the Russian public's attitude to the war, to the problem of negotiating peace and bringing the war to an end, our top 10 reads of 2022 so far attempt to address the many complicated questions surrounding Russia's invasion of Ukraine and what comes next. Check them out below. 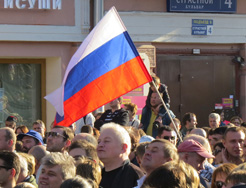 1. 5 Polls That Contextualize the Russia-Ukraine Crisis

Surveys by the Levada Center help uncover a nuanced range of Russian viewpoints and shed light on complex tensions that have persisted since Russia’s annexation of Crimea in 2014. 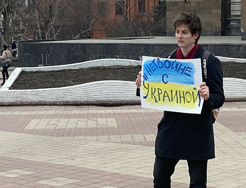 2. Blog: New Polls: What Do Russians Think of the War in Ukraine?

Recent polling suggests that a large share of Russians may indeed be supportive of the “military operation,” as Moscow calls it, in Ukraine—likely at least in part because of the state’s portrayal of the tensions leading up to the conflict. 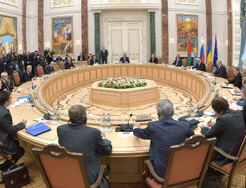 3. Is a Ceasefire Agreement Possible? A Negotiation Analysis of the Russia-Ukraine War

by Arvid Bell and Dana Wolf

Putin’s goal seems to be to convince Ukraine that it is better off with an unfavorable agreement on Russia’s terms than with a terrible alternative —the complete destruction of Ukraine. 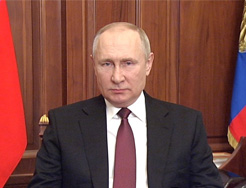 by Marlene Laruelle and Ivan Grek

Putin's Feb. 21 and Feb. 24 speeches have confirmed the construction of a narrative legitimizing the military intervention in Ukraine along three key ideological lines: a historical one, an ethnic one and a political one. 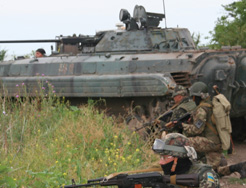 5. Is Ukraine a Hub for International White Supremacist Fighters?

Has Ukraine become a training hub for white supremacists on either side of the conflict? 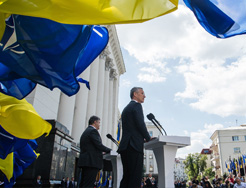 6. NATO or Bust: Why Do Ukraine’s Leaders Dismiss Neutrality as a Security Strategy?

Prominent U.S. thinkers have said a neutral status for Ukraine could defuse the crisis with Russia. Elites in Kyiv disagree. Here are their top concerns, which proponents of neutrality will have to address. 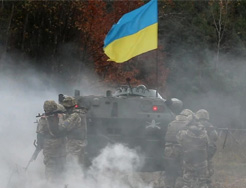 With reams of analysis written to answer this question, we summarize a handful of experts who have backed their assertions with abundant research. 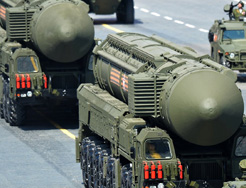 8. Is 'Escalate to Deescalate' Part of Russia’s Nuclear Toolbox?

Russia's political leaders deny the existence of a supposedly new plan to use limited nuclear strikes in a local/regional conflict to shock an adversary into suing for peace. Has the U.S. misunderstood Russian intentions and plans? 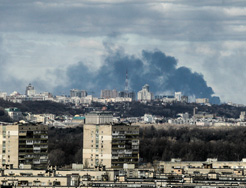 9. Lessons From the Battle for Kyiv

The operation rapidly degenerated into an urban battle of attrition favorable to Ukraine, and eventually the Russian government withdrew its troops, conceding defeat in the battle for Kyiv, while preparing a second phase of the war in Donbas. 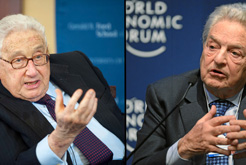 10. Debate: Kissinger vs. Soros on Russia’s War in Ukraine

We asked Nikolas K. Gvosdev and Melinda Haring to explain why they agree or disagree with propositions put forward by Kissinger and Soros at this year's World Economic Forum about the Russian-Ukrainian war and how to deal with Russia.