Claim in 2019: “Real incomes [in Russia] have fallen for five of the past six years.”

Partially Correct: Of the two types of real income officially calculated in Russia for individuals, both real monetary incomes and real disposable incomes contracted in 2014-2018, according to Moscow’s Higher School of Economics. However, according to data available from Russia’s Federal State Statistics Service (Rosstat) at the time of the claim, only real disposable incomes had fallen every year from 2014 through 2018. Rosstat data published by Russia’s Ministry of Economic Development show that real monetary incomes rose in 2018, contradicting the above claim. (Fact-check done in November 2019.)
Read More
Share

Many of President Donald Trump’s critics have accused him of diluting Russia sanctions and/or appeasing his Russian counterpart, Vladimir Putin. Others, though not necessarily Trump supporters, have argued that this view is more smoke than fire. We did some research to test the claim, taking as our touchstone a recent New York Times op-ed by the newspaper’s former executive editor Max Frankel. The full list of evidence for and against Frankel’s claim can be read here.

Russia and China—Alliance or Dalliance? And What Will This Mean for the West? 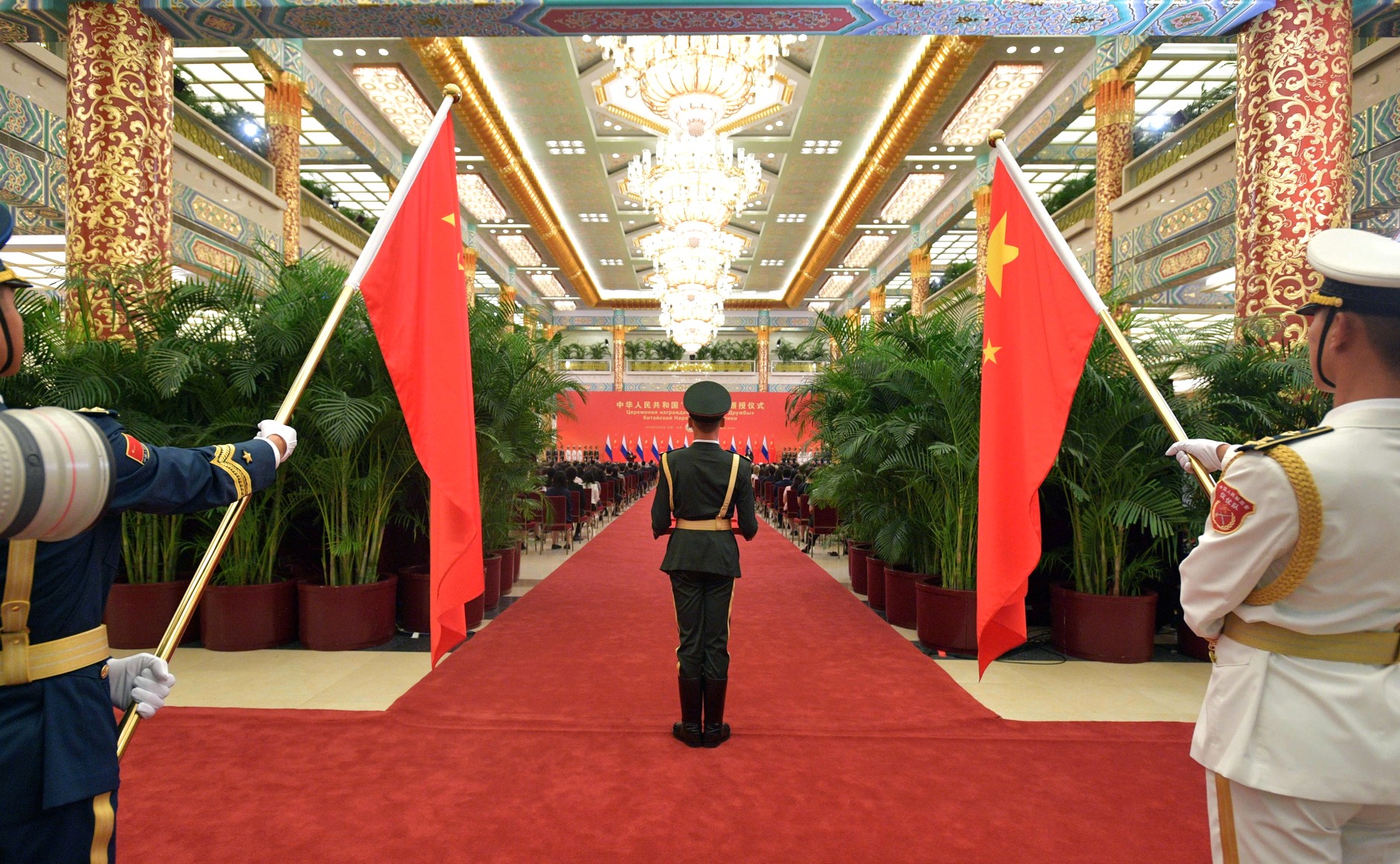 Few watchful observers of international affairs would deny that Russia and China have grown closer over the past 20 years—the U.S. intelligence community even highlighted the tandem as a top threat in 2019, noting that the two countries “are more aligned than at any point since the mid-1950s." But there is still considerable debate about the depth of this rapprochement and what exactly it will mean for the U.S. and its allies. Below, we present three facets of this discussion. In one, Harvard’s Graham Allison argues that, although China and Russia are geopolitical rivals whose long-term prospects for an alliance are “grim,” they are nonetheless entering into a “grand alignment of the aggrieved … drawing closer together to meet what each sees as the ‘American threat.’” He emphasizes the role successive U.S. administrations have played in nurturing “the formation of this grievance coalition” and warns that continued missteps by the West could turn the alignment into a dangerous “grand coalition.” Another two authors, Russia Matters founding director Simon Saradzhyan and Ali Wyne of the Atlantic Council and the RAND Corporation, focus more on the growing disparities between Russia and China, especially in terms of their economies and demographics. While these authors describe significant convergence in the two states’ national interests and detail continuously increasing military cooperation between the two countries, they also see plenty of divergence, ultimately arguing that a formal military-political alliance does not seem imminent in the absence of two specific conditions—both of them unlikely. Finally, Wheaton College professor Jeanne Wilson highlights two additional features of the relationship: the importance of respect and “status granting” and the shared political norms and values that help to shape Russia’s and China’s political identities and national interests.

An earlier version of this debate was published Dec. 20 under the headline “Debate: Russia and China—How Close Are They?” before the addition of Prof. Wilson’s contribution.

Photo by Kremlin.ru shared under a CC BY 4.0 license.

Debate: Is Russia in Decline?

Is Vladimir Putin’s Russia rising, declining or stagnating, and compared to whom?

The answer to this question is of fundamental importance for the U.S. and the global order. Changes in Russia’s standing shape America’s and other great powers’ policies toward Russia, as well as Russia’s own policies toward other countries. Measuring the dynamics of Russia’s power in the 21st century is also of vital importance to the U.S. because Russia will continue to impact America’s national interests and the global order in profound ways in the foreseeable future for a number of reasons. The alternate positions that Russia can take on a number of issues central to U.S. national security affect the safety and security of America in substantial ways.

Claim in 2018: “Russia relies heavily on energy exports for close to three-quarters of its export earnings and over half of its budget.”

Partially Correct: Energy has accounted for less than 70 percent of Russia’s export earnings since 2014, hovering between 62 and 64 percent in 2015-2018; oil and gas—Russia’s most lucrative energy exports—provided under 50 percent of its federal budget revenue in 2015-2017 and for most of this year, although they did account for just over 50 percent in January-February 2018. (Fact-check done in July 2018.)
Read More
Share

Claim in 2018: "Russian military spending fell by one-fifth in 2017 compared with a year earlier, the first cut in real terms since 1998" 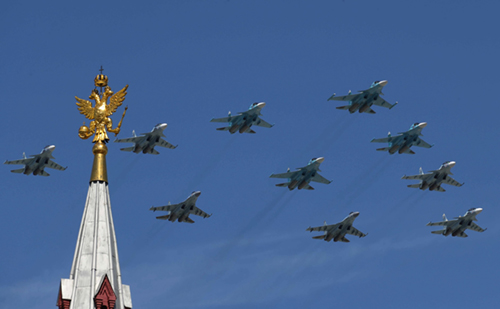 In May 2018 numerous respected media outlets, including CNN, the Financial Times and Reuters, reported that Russia had slashed defense spending by 20 percent between 2016 and 2017, calling the decline the first in nearly 20 years and largely blaming it on the country’s economic woes. But is this true? Defense analyst Michael Kofman shows that the claim is erroneous: In 2016 the Russian government paid down billions of rubles in accumulated defense-sector debt, thus creating the illusion of a steep drop in military spending the following year. This same miscalculation, he adds, made its way into headlines in 2017 after Russia announced its planned defense spending for the year. The group of analysts who initially drew that conclusion acknowledged the mistake and rescinded their claim, but that did not prevent it from resurfacing in 2018. As Olga Oliker of the Center for Strategic and International Studies wrote last year, calculating defense spending is not a straightforward enterprise and it’s useful for anyone attempting cross-country comparisons to be aware of major complicating factors.

Debate: Can Russia Be a Viable Counterterrorism Partner for the United States? 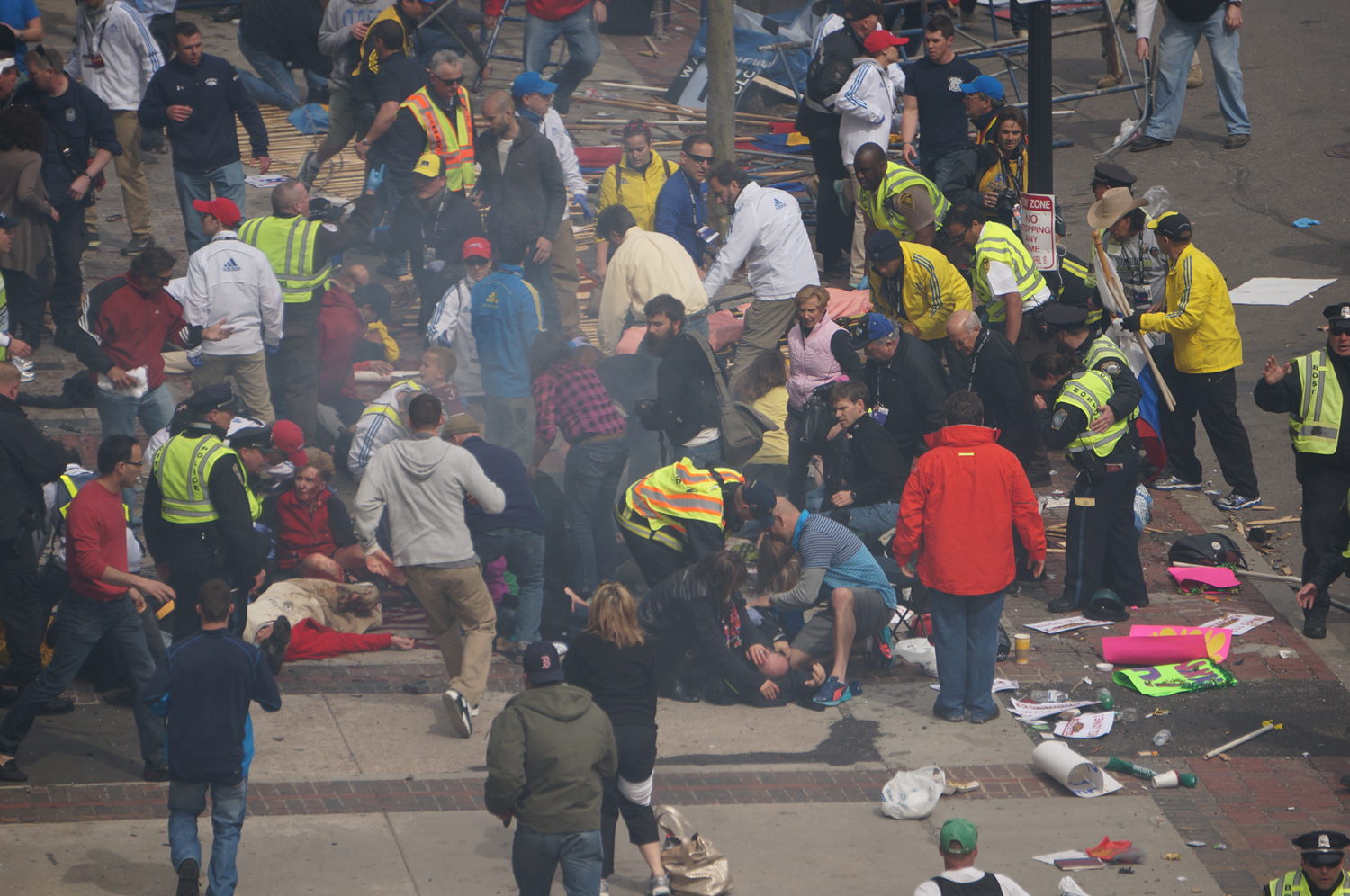 The upcoming fifth anniversary of the deadly Boston Marathon bombing serves as a reminder that U.S.-Russian counterterrorism cooperation was not easy even when the general relationship between the two countries was better than today. While no one disputes that Russia’s Federal Security Service sent information to the FBI about one of the perpetrators, Tamerlan Tsarnaev, back in 2011, U.S. officials have complained that Russia did not provide sufficient follow-up information and Moscow has responded that it gave all it had. In the decade before the bombing, the United States had been more interested in Russian intelligence sharing on al-Qaida, while Russia wanted information on émigré or exiled Chechens whom they suspected of supporting violent separatism—a disparity that complicated counterterrorism discussions.

We at Russia Matters have long believed that some of the most crucial questions related to U.S policies toward Russia have no easy answers and deserve to be debated by knowledgeable experts. Whether the U.S. should treat Russia as a viable counterterrorism partner is one such question. The two articles below attempt to answer it.

Claim in 2017: "Russia has doubled its fighting power on its Western border.”

Partially Correct: While Russia has fielded additional units in the military districts flanking its western border since 2014, the forces have not doubled; they’ve grown by a smaller degree, ranging from 13 to 50 percent depending on the military unit counted. (Fact-check done in February 2018.)
Read More
Share

Is 'Escalate to Deescalate' Part of Russia’s Nuclear Toolbox?

2020 US Presidential Candidates on Russia: What Have They Said So Far?

Is a 'Reset' Between France and Russia Needed and, If So, Is It Possible?