US-Russia Policy 1 Year On: Experts Weigh In on Successes, Failures, Where to Go from Here

One year has passed since Donald Trump was elected president of the United States. In reflecting on this milestone, we have asked some of America’s top experts on Russia two questions: What have been the biggest failures and successes of the new administration’s Russia policy? What would be your top five recommendations for the coming year? Here’s what they said: It is difficult to chart any major successes for the Trump administration's Russia policy so far. Despite the rhetoric of the 2016 campaign, no "deals" have been struck to provide for U.S.-Russia cooperation in fighting terrorism, ending the Syrian civil war, coping with North Korea's nuclear challenge or dealing with questions related to Iran. U.S.-Russia talks over finding ways to defuse the crisis in Ukraine—the proximate reason for the continuation of Western sanctions against Russia—have been inconclusive.

At the same time, the president has been very reluctant to embrace the more confrontational approach to Russia that many in the U.S. Congress and even in his own national security establishment have urged him to take. While Donald Trump  reluctantly signed legislation providing for enhanced sanctions against Russia and has done nothing to interrupt plans begun during the Obama administration to strengthen NATO's eastern frontier, he has left several items sitting in his "in box" in the Oval Office unaddressed, most notably the questions of implementing further measures against Russia, sanctioning third parties for their economic and military dealings with the Kremlin or of providing American weaponry to the Ukrainian government.

So far, the lack of positive movement in the U.S.-Russia relationship, while it has not led to any successes, has not, as of yet, led to significant strategic failure for the United States—although recent high-profile Russian engagement with ostensible U.S. allies (notably Turkey and Saudi Arabia), as well as efforts to strengthen ties with Iran and China, are all designed to give Moscow more freedom to maneuver and to take advantage of U.S. missteps. Given the Kremlin's willingness to make hay around the world while the sun shines, the Trump administration might consider the following options for refocusing the U.S. approach to Russia—by getting other elements of its foreign policy approach in order. The political reality in Washington is that the U.S.-Russia relationship is toxic, and seeking to change that dynamic requires more political capital than the Trump administration has to spend, even if it wanted to use it on this issue. But clarifying U.S. strategic objectives in other areas can help situate the U.S.-Russia relationship on a more workable plane.

Finally, there is a fifth recommendation. The president needs to answer the question, “Is Russia the ‘greatest’ geopolitical challenge to the United States?” Trump has chosen to staff his administration with people who tend to affirm that proposition. If he does not agree, he needs to consider setting different directives, and, if needed, replacing those who serve him in the national security apparatus with those who have a different assessment of the level of threat and challenge Moscow represents. If he has come to share this assessment, then that should be the key organizing principle for U.S. foreign policy, and efforts to continue to find a cooperative relationship with Russia are counterproductive, as well as confusing to America's partners and allies. In either case, we can then have a reliable yardstick for measuring successes and failures. 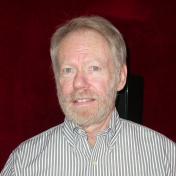 If the most modest measure of success would have been halting the sharp deterioration of relations and taking even minor steps to improve matters, then the Trump administration’s Russia policy is an awkward failure—awkward, because, to take the president and his secretary of state at their word, they believe that turning the relationship around is of vital importance. Yes, steps have been taken that might have yielded—and might yet yield—progress, such as the strategic stability talks underway at the deputy foreign minister level, the agreement on a de-escalation zone in southwestern Syria and observation of the Syrian de-confliction agreement, and the successful implementation of New START. But this limited inventory must be set against a Congress enraged and dead set on punishing Russia with new sanctions, congressional efforts to force the administration to abandon the INF Treaty, the deepening fury over Russia’s meddling in the U.S. election, the long-term damage to each side’s diplomatic missions and the paralysis that prevents the president from even thinking of reaching out to Russia in search of common ground.

As for recommendations, the administration: 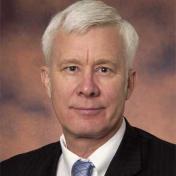 Is this the year U.S.-Russian relations finally hit rock bottom? Let us hope so, but it isn’t a given. Things will get worse unless both sides recognize the urgency of initiating constructive dialogue. The goal of negotiations should be to develop a step-by-step process of deconfliction in areas of competing national security interest, and to identify common threats as potential areas for joint cooperation.

First, national leaders must set a new tone in relations. Leaders must address the trust deficit. But mutual respect precedes trust and is earned through listening, not talking. For too many years, U.S. and Russian officials have talked past one another, instead of engaging in a genuine exchange.

Second, the processes and mechanisms of cooperation must be reawakened from a deep slumber. Top-down driven leadership is required to provide cover for pragmatic, outcome-based discussions in policy, military and intelligence channels. The mandate should be centered on exploring all areas of disagreement holistically and without preconditions, recognizing that dialogue does not imply assent with our respective positions.

Third, a broad discussion of strategic stability should be at the top of the agenda because it is the most contentious area that divides us. In this regard, the classical or narrow definition of nuclear and conventional weapons as the basis of strategic stability no longer applies to the reality of the world in which we live. Accordingly, negotiations on the strategic balance must take into account capabilities and asymmetries in all means available to the state in influencing global events, e.g., nuclear, conventional forces, BMD, cyber, intelligence assets, use of proxies, allies.

Fourth, the U.S. and Russia hold a shared interest in preventing the next terrorism surprise in the aftermath of the demise of the Islamic caliphate in Syria and Iraq. The reality is that neither Russia nor the U.S. can bring about a resolution of the Syrian conflict on its own. Neither the U.S. nor Russia can address the underlying root causes of the “global jihad” unilaterally, as violent Islamic extremism impacts global security. Counterterrorism cooperation should be restarted and expanded to include cyber means. Terrorism represents a logical target for considering novel forms of cyber cooperation to attack terrorist cells, recruiting efforts and propaganda worldwide.

Finally, to paraphrase Plato in “The Republic,” a painting is no less beautiful because its object doesn’t exist: Resolve to improve relations is needed most of all. Courage and imagination are required to lift ourselves out of this downturn that offers no advantage to either side. As the past year has shown, it is easier at every level to do nothing than to make an effort to improve relations. 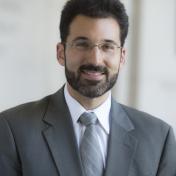 The Trump administration has come up short in its inability to more effectively manage and contain the fallout from the so-called “Russia scandal” around the 2016 election. The resulting domestic political climate in the United States—including a media circus, constant harsh criticism even from erstwhile allies on Capitol Hill and substantial, veto-proof new sanctions legislation—has effectively tied the administration’s hands on anything related to Russia. Under the circumstances, it will be difficult for President Trump to follow through on his own stated goals of improving U.S.-Russia relations, cooperating with Russia in the fight against terrorism or aligning U.S. and Russian positions on the pending crises with North Korea and Iran.

Successes have been modest. A U.S.-Russian “strategic stability dialogue,” previously planned but never implemented by the Obama administration, began in September with a meeting in Helsinki. Negotiations between the U.S. special representative on Ukraine, Kurt Volker, and his Kremlin counterpart, Vladislav Surkov, may have helped push Putin to support a proposal for U.N. peacekeepers in Donbass. Finally, after a series of escalating diplomatic tit-for-tat measures, the spiral may have at least temporarily abated, perhaps helped by the U.S.-Russia working group on “irritants” in the bilateral relationship.

Going forward, the administration should make every effort to fill out its Russia policy team with well-respected senior figures, and ensure they have consistent access to deep subject matter expertise from within and outside government. So equipped, the U.S. side can focus on communicating more consistently but also more effectively with Russian counterparts. Such clear communication must address the most urgent sore points in relations: election meddling, Ukraine, NATO-Russia tensions and the collapsing arms control regime. It should seek to define clear red lines in terms of vital U.S. national interests, and specify the credible and serious consequences for Russia if those lines are crossed. At the same time, the dialogue can recognize and expand on those areas where bilateral interactions have been productive: the Arctic, space cooperation and, potentially, counterterrorism. 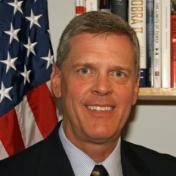 Probably the single greatest achievement of President Trump's first year of office has been turning upside down the U.S.-Russia relationship that existed at the end of the Obama presidency. For a combination of good reasons (Crimea, eastern Ukraine, INF Treaty disputes and others) President Obama sought to change Russian behavior by instituting economic sanctions and cutting off official cooperation on a number of issues. Although Russian leaders deny that the sanctions and break in communications are hurting them, it is clear they are. But the price to escape those sanctions is too high and they are either unwilling (as in Ukraine) or unable (as in Crimea) to pay. This might be an acceptable stasis for those who think Russia does not matter. But, for those who want Russia to help on these and other issues, the question is, "How to operationalize the leverage inherent in the sanctions and isolation of Russia to move forward?"

Onto the scene stepped Donald Trump who, even before his election, had brushed aside intractable issues like Crimea and announced that he would find a way to reach a deal with Putin. His campaign rhetoric implied a way forward, past the sanctions and dug-in grievances. This created leverage over Russia where none had existed before, because now Russian President Putin saw potential benefit in bargaining. For example, after President Obama expelled dozens of Russian diplomats in the final month of his presidency, Russian President Putin refrained from responding, undoubtedly because he hoped for change under incoming President Trump. Accessing the leverage inherent in the sanctions is the single biggest achievement of the Trump presidency so far. Capitalizing on that leverage before rising oil prices or "allies breaking ranks" devalues it is critical. But early missteps by President Trump and his team have created obstacles to pursuing deals with Russia.

To have success with Russia on Crimea, Ukraine and other issues, Trump must reach out directly to Putin and offer relief from some of the sanctions in exchange for significant concessions from Russia. Although Congress has enacted many of the sanctions, President Trump can mitigate them through executive authority decisions. For his efforts, he should demand from President Putin steps such as: