This evolving compilation of observations and policy ideas about Russia by Thomas Graham is part of Russia Matters’ “Competing Views” rubric, where we share prominent American thinkers’ alternative takes on U.S.-Russian relations, Russia itself and America’s policies toward this country. 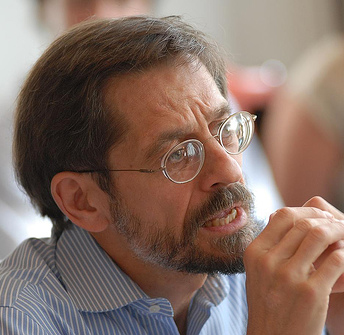 Thomas Graham’s expertise on Russia has grown through a long career as a diplomat, policy advisor and scholar. Through much of the 1980s and 1990s, he was stationed in Moscow as a high-ranking member of the U.S. Foreign Service. He served in the George W. Bush administration as special assistant to the president and was the senior director for Russia on the National Security Council. He also was a senior associate in the Russia/Eurasia program at the Carnegie Endowment for International Peace from 1998 to 2001, and he was one of the founders of the Russian Studies Project at Yale University. Graham is currently a managing director at Kissinger Associates, a consulting firm founded by the former secretary of state.

This compilation is meant as a sampling of Graham’s views. All sections may be updated with new or past statements. The quotes below are divided into categories similar to those in Russia Matters’ news and analysis digests, reflecting the most pertinent topic areas for U.S.-Russian relations broadly and for drivers of the two countries’ policies toward one another. Bulleted text that is not italicized, bracketed or in parentheses is a direct quote from Graham.

I. U.S. and Russian priorities for the bilateral agenda