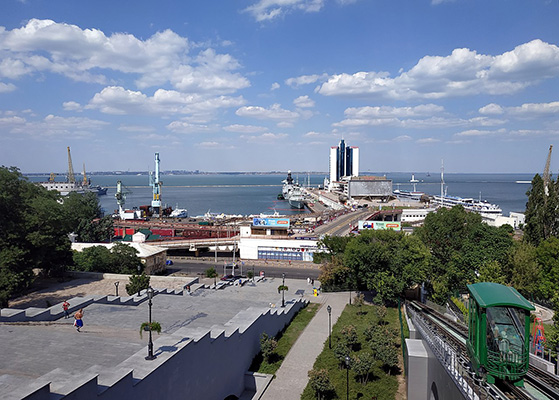 The New York Times’ lead story on the front-page of its Sunday Aug. 21 edition declares: Odesa is “Putin’s Obsession.” Needless to say, this is a big idea. In the midst of a brutal war, after an attempted Kyiv coup failed, Russian aggressors have succeeded in capturing all of Luhansk, 75% of Donetsk, the Zaporizhzhia nuclear plant and most of the southern tier, establishing a land bridge from Russia to Crimea, this proposition—if it were true—could provide a clue about where this phase of the bloody war might plausibly reach stalemate. Recognizing its importance, the editors gave veteran reporter Roger Cohen a rare 6000 words in which to make his case. He uses that space argue that Odesa is “the Russian leader’s obsession”; “the big prize in the war”; “militarily … the highest-value target”; and the “grain port to the world.”

When I read the article, I reacted: say what!? As a long-time student of the Soviet Union and Russia who has been tracking and writing about Putin’s war against Ukraine, I asked: how could I and every other analyst I know in and out of the U.S. government have missed this? Having now reviewed the evidence the article presents to support its key claims, and compared it to what is known from what other experts including Bill Burns (now Director of CIA but formerly Ambassador to Moscow whose 2019 memoir offers the best brief profile of Putin), Fiona Hill (former assistant to Trump and before that the National Intelligence Officer for Russia), Angela Stent (another Russia scholar who earlier serviced as NIO for Russia) and others, our fact-analysis check concludes that each of these claims is false or misleading.

Graham Allison is the Douglas Dillon Professor of Government at Harvard University where he has taught for five decades.