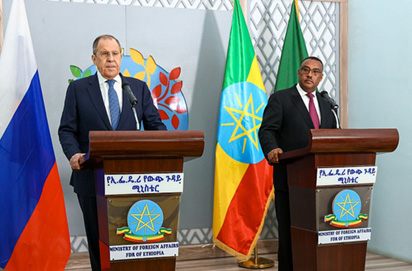 As the West’s increasing punitive measures bear down on Russia for its invasion of Ukraine, Russian Foreign Minister Sergei Lavrov is in Africa this week, trying to develop economic ties and rally political support from governments there. Why Africa? For one, the continent is forecast to become the world’s “next growth miracle.” As important, not one African country to date has imposed sanctions on Russia, and when Ukrainian President Volodymyr Zelensky addressed the African Union via videolink, only four African heads of state reportedly attended. While some analysts and Western officials claim that Russia is isolated, the inconvenient fact is that condemnation of Russia’s actions in Ukraine is far from universal. The U.N. resolution condemning Russia’s invasion of Ukraine was met with abstention or outright opposition from countries accounting for about half of the world’s population, while the resolution to remove Russia from the U.N. Human Rights Council was abstained from or opposed by nations representing a whopping 75% of the world’s population.

Joshua Henderson is a researcher at the Harvard Kennedy School’s Belfer Center for Science and International Affairs, where he focuses on Chinese domestic policy, political economy and U.S.-China relations.

The opinions expressed herein are solely those of the author. Photo by the Russian Foreign Ministry shared under a Creative Commons license.