Debate: ‘Spheres of Influence’—a Reality to Be Faced or an Atavism to Be Rejected? 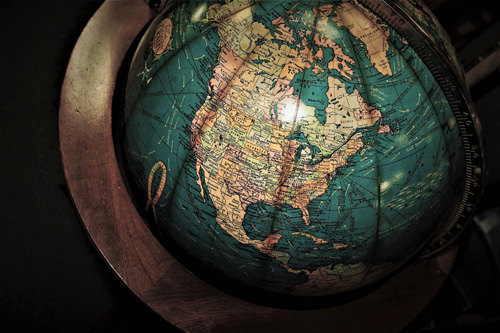 The term “‘sphere of influence’ … entered the vocabulary of diplomacy in the early 19th century,” according to Harvard’s Graham Allison, “but the concept is as old as international relations itself.” By way of illustration, Allison invokes the image of a “shadow” cast by a state that has become predominant after “the equilibrium of forces” between it and another state has shifted greatly enough. “Traditionally,” he goes on, “great powers have demanded a degree of deference from lesser powers on their borders and in adjacent seas, and they have expected other great powers to respect that fact.” While this definition does not seem to be contested by experts, the right of countries to claim spheres of influence certainly is.

In the opening argument of the debate below, Paul Saunders, a senior fellow in U.S. foreign policy at the Center for the National Interest, takes what might be called a “realist” approach: While he does not believe that the U.S. should publicly endorse Russian or other spheres of influence, he does call on U.S. policy elites to stop denying, in America’s internal policy debates, that “Russia and other states have national interests and that, while we may not agree with how those states define their interests,” they must be included “among other considerations in formulating U.S. policy.” With America’s relative power on the global stage diminishing over the past 20 years as China and, to a lesser extent, Russia have risen, Saunders concludes that “the United States will have to work much harder to have its way [in the world] and will not be able to expend such effort everywhere. Understanding this, and undertaking the tough job of setting priorities, is the best way to maximize America’s future power.” Responding to this argument is Steven Pifer, a senior fellow at the Brookings Institution, who believes that the U.S. should not “accept the legitimacy” of Moscow’s efforts “to establish a sphere of influence in its neighborhood.” While acknowledging that “Russia has interests and will pursue those interests,” Pifer does not always see Moscow’s interests in the same way other analysts do; he rejects the view, for example, that Russian military intervention in Ukraine, where Pifer served as U.S. ambassador in 1998-2000, had anything to do with the prospect that NATO—which Moscow views as a hostile military bloc—would be coming closer to Russian borders. More generally, Pifer wants to see a world in which small nations have the means for self-determination without being in a great power’s shadow: “[A]ccepting Moscow’s assertion of a sphere of influence means denying that countries such as Ukraine have interests of their own or a right to determine their own domestic and foreign policy courses,” he writes, adding: “Do we really want to accept a world in which the views and desires of little or smaller countries are sacrificed to the preferences, however legitimate or illegitimate, of their larger, more powerful neighbors?” In his rebuttal, Saunders argues that his original argument rejects the idea of publicly acknowledging spheres of influence, and calls instead for "a greater effort within America’s government and from its foreign policy elites to develop effective policies toward countries in regions where rival great powers—China and Russia—have greater capabilities and/or greater resolve to advance their goals than Washington does."

As competition among great powers intensifies, so, too, could debates about spheres of influence. Some U.S. policymakers—including, most recently, John Bolton (when he was national security advisor), Vice President Mike Pence and Sen. Lyndsey Graham—have implied or said outright that the United States has its own sphere of influence that should be respected. Political analyst Ted Galen Carpenter of the Cato Institute has gone as far as to argue that, in order to avoid “needless conflict,” Washington should seek “a sensible agreement” with Moscow, in which it “would be willing to respect a Russian sphere of influence” in Eastern Europe and, in exchange, “should insist that Russia respect the Monroe Doctrine,” which claims U.S. predominance in the western hemisphere. Even if that were to happen, however, Allison suggests that the past two decades’ shifts in global power have created “facts on the ground” that cannot be undone and for many “nations and individuals around the world who have found shelter under the American security umbrella … the consequences will be tragic.” The only option available to Washington, he argues, is to “focus above all on its alliances and partnerships.”

Photo by Amber_Avalona shared under a Pixabay license.

Despite considerable controversy over U.S. President Donald Trump’s foreign policy, his administration’s statement that great power competition has supplanted international terrorism as the principal threat to U.S. national security has won widespread and bipartisan support both in Congress and among Washington’s foreign policy elite, in part due to anxiety that China and Russia are working to establish “spheres of influence” in their respective regions. Seventy-five years after the Yalta Conference between U.S. President Franklin Delano Roosevelt, British Prime Minister Winston Churchill and Soviet leader Josef Stalin, U.S. elites remain deeply troubled by Yalta’s perceived role in Stalin’s subsequent domination of Central Europe and the oppression of the region’s Soviet bloc regimes. Strikingly, however, Washington’s embrace of great power competition has not yet stimulated a general re-evaluation of past concepts and principles of America’s foreign policy, including those surrounding spheres of influence, which are an inherent feature of great power competition. Failing to discuss and develop strategies and policies that accept and manage spheres of influence could prove quite costly—indeed, it already has.

In a recent article for Russia Matters, Paul Saunders argues that, since the United States now views great power competition as its principal national security threat, it must contend with the struggle for “spheres of influence.” True, Washington has to deal with efforts by Moscow to establish a sphere of influence in its neighborhood. That does not mean, however, that the United States should accept the legitimacy of the Russian efforts. Doing so would require denying agency to countries on Russia’s borders, countries such as Ukraine and Georgia, that wish to forge their own course. Doing so could also ultimately set back the prospects of Russia’s own development.

Mr. Saunders writes that great power competition by definition means that, given unequal distributions of power, will and influence around the world, the United States will face countries, such as Russia, that can muster more of these factors in certain regions. Washington “cannot unilaterally determine the future course of events” in those areas, and “attempts to do so could lead to costly conflicts that are often most destructive of those whom we are seeking to protect.” Mr. Saunders does not write so explicitly, but his article’s line of argument implies the United States should accept Moscow’s effort to shape a sphere of influence. That would be a mistake.

Steven Pifer recently responded to my article “US Embrace of Great Power Competition Also Means Contending With Spheres of Influence.” While I have considerable respect for Mr. Pifer’s experience and integrity, I cannot always recognize my argument in his attempted rebuttal. In other areas, we clearly have significant differences.

First, Mr. Pifer asserts that the “article’s line of argument implies the United States should accept Moscow’s effort to shape a sphere of influence.” I explicitly rejected that, writing that publicly acknowledging spheres of influence would be “not merely unnecessary but counterproductive, including in U.S. relations with the states in contested zones, where leaders might conclude that Washington has given up on them and thus seek accommodation with America’s rivals.” What I called for was a greater effort within America’s government and from its foreign policy elites to develop effective policies toward countries in regions where rival great powers—China and Russia—have greater capabilities and/or greater resolve to advance their goals than Washington does. Considering that Russia has occupied parts of Ukraine and Georgia for six and eleven years respectively, and that U.S. policy has not made meaningful progress toward its stated goal to reverse this in either case, looking for better policy does not seem like a controversial goal.

April 08, 2020
Center for the National Interest

When policymakers in the United States declared in the aftermath of the Cold War that the age of “spheres of influence” had ended, were they misdiagnosing the issue? Strong countries throughout history have exerted influence over their neighbors—be it the U.S. Monroe Doctrine or Russia and its Near Abroad. The Center for the National Interest, the Atlantic Council’s Eurasia Center and Russia Matters, a project at Harvard University’s Belfer Center for Science and International Affairs, have gathered leading experts in a webinar event broadcast live on April 8, 2020, to debate whether spheres of influence are a geopolitical force today, and if so, how U.S. policymakers should respond. This webinar event featured: Dr. Graham Allison, Douglas Dillon Professor of Government, Harvard University; Paul Saunders, senior fellow, the Center for the National Interest; Ambassador Steven Pifer; William J. Perry Fellow, Freeman Spogli Institute for International Studies, Stanford University and non-resident senior fellow, the Brookings Institution; and John Herbst, director of the Atlantic Council’s Eurasia Center.