Three months after the Kremlin launched its invasion of Ukraine, economist Anders Aslund wrote that, by starting the war, President Vladimir Putin had “in a single day … wiped out most of the economic gains Russia had made since 1991.” CNBC issued a similar verdict in March. While the word “most” would typically mean more than 50%, Aslund clarified to RM that his assessment wasn’t meant to be strictly quantitative—more a turn of phrase to describe the scale of Western sanctions’ impact on Russia.1 Nevertheless, we think it is important to determine how much of Russia’s past gains in economic output may be erased by Putin’s war in Ukraine by the end of this year. Would the forecasted losses amount to more than half, i.e., “most”?

Here's what we found: If “economic gains” are measured as growth of GDP—the only metric for which sufficient data is available2—and if the latest projections of changes to Russia’s GDP in 2022 from the World Bank and IMF are more or less correct, then the decline in Russian economic gains this year will total about 16%-24% of the gains accrued from 1992 to 2021, which is far from “most.” 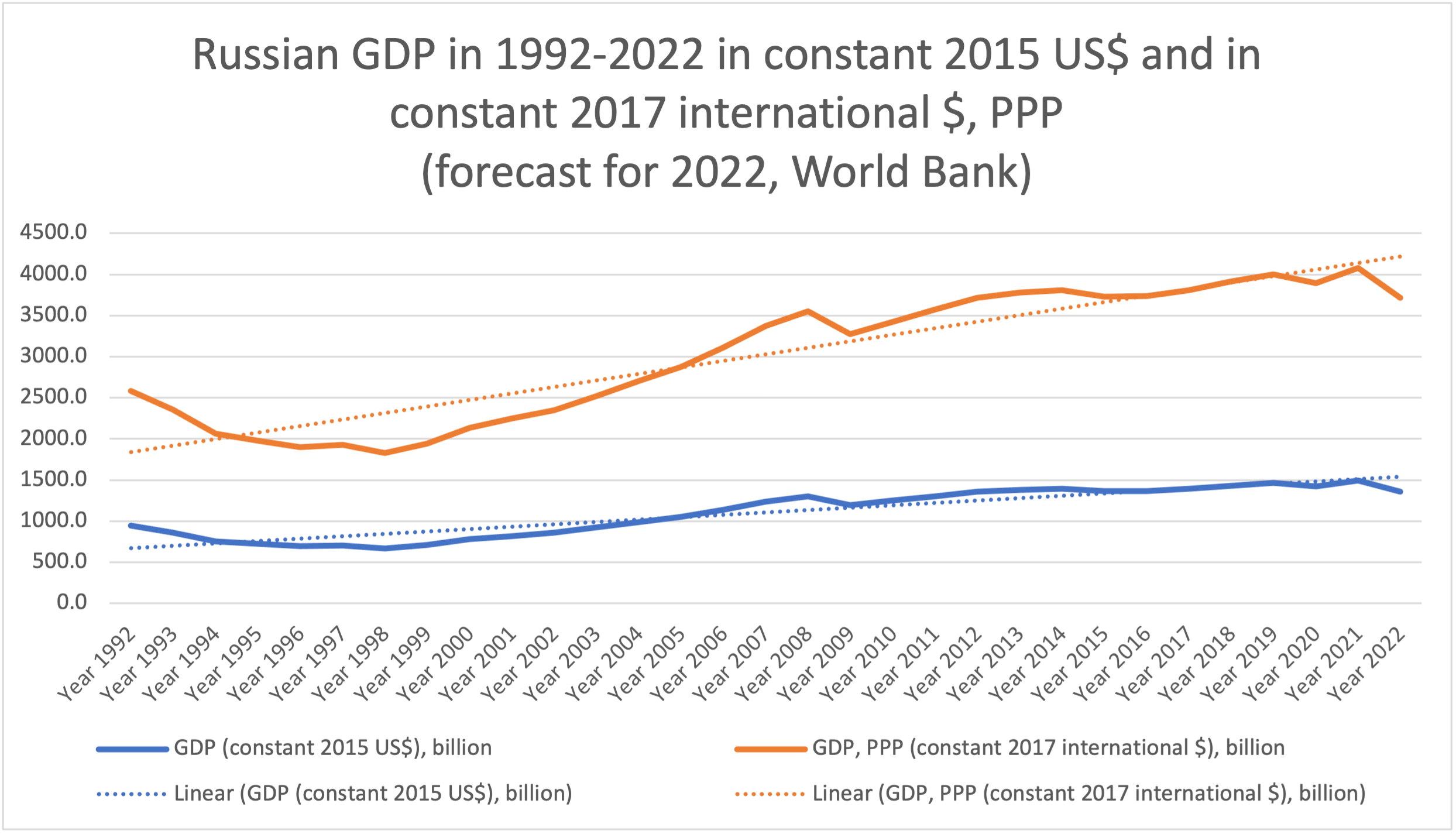 Here are the steps we took to test the claim:

Photo shared under a Pixabay license.