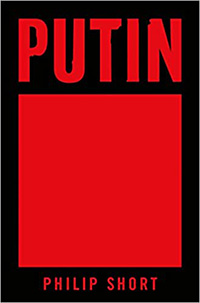 As Russia continues its devastating war in Ukraine, those inside and outside both countries strain to understand Russian President Vladimir Putin. Despite some shortcomings, Philip Short’s new biography “Putin” is valuable to anyone eager to learn more about Russia’s leader.

At nearly 700 pages, the book is exhaustive though not comprehensive, in that few if any biographers could have full access to the Kremlin’s internal operations or to Putin’s confidantes (if any truly exist). Short conducted nearly 200 interviews during eight years of research; his narrative of Putin’s pre-Moscow life, which makes up the first third of the book, is especially rich and engaging. These chapters establish Vladimir Putin as a human being—calculating, reticent, prideful, easily provoked and at times reckless—rather than a crafty super-spy or a comic-book villain.

Short has likewise usefully integrated the parallel stories of Putin’s career and Russia’s post-Soviet history. His prologue, about the 1999 apartment bombings that many see as covert state acts of terror to enable Putin’s rise to the presidency, illustrates Russia’s murky internal affairs. His description of St. Petersburg Putin’s post-KGB work in local government helps to decode the later Moscow Putin’s complex relations with Russia’s economic reformers. And his chronicle of Putin’s growing disappointment with the West during the George W. Bush administration sets the stage for the unraveling of U.S.-Russia relations.

Still, “Putin” is not flawless. While some have criticized Short’s characterization of Putin as “more sympathetic” than other English-language biographies by American, British and Russian émigré writers, the book’s true weakness lies less in Short’s presentation of Putin—which does not shy from the Russian leader’s flaws—than in an apparent contempt for U.S. foreign policy and some U.S. officials that sometimes distorts history.

Many might agree with Short’s view that Washington has made numerous mistakes—in managing U.S.-Russia relations and in Afghanistan, Iraq, Libya and elsewhere—and share his desire for greater humility from U.S. officials past and present. Nevertheless, Short’s editorial commentary detracts from “Putin” by derailing the narrative and presenting simplistic, at times misleading or baseless interpretations. This is especially evident in his account of the Bush administration and its policies. (I was a political appointee and a senior advisor to the under secretary of state from 2003 to 2005.)

One example is Short’s assertion that “neoconservatives in the White House” provoked Moscow to invade Georgia in August 2008 by pressing for NATO membership for Ukraine and Georgia. While a Russia-Georgia war might not have occurred in 2008 absent NATO’s April communique promising eventual membership, securing NATO Membership Action Plans (MAPs) for the two countries was a bipartisan project with support well beyond unnamed neoconservative aides to President Bush. Short does not acknowledge that one month before the NATO summit, in March, the U.S. Senate passed a resolution calling for MAPs for the two countries by unanimous consent. Moreover, while Washington was the most influential advocate for Ukrainian and Georgian membership, it was neither the only nor the most ardent supporter of the policy.

Short likewise goes somewhat astray in his discussion of Russia’s energy exports to Europe during this period, wrongly asserting that concerns over Europe’s dependence on Russian natural gas “took on additional significance” at the time of Gazprom’s 2006 cutoff of gas deliveries to Ukraine because “Washington was seeking European markets for U.S. exports of liquified natural gas.”

Washington (that is, the Bush administration) was not able to seek European or any other additional markets at that time. The surge in America’s natural gas production that enabled LNG exports occurred only during the Obama administration, when officials approved 24 export licenses and created conditions for the rapid expansion in exports under President Donald Trump. Where U.S. LNG exports were concerned, Trump often acted like a salesman-in-chief, but George W. Bush had no new LNG to sell. Nor would the entirety of America’s 2006 LNG exports have materially affected European imports from Russia: Germany’s alone were over 100 times larger than America’s total LNG exports in 2006.

“Putin” raises several important questions that the book does not answer fully. One is when and why Russia’s president lies. Short recounts several occasions when Putin was untruthful, such as Putin’s efforts to obscure his service in the KGB’s Fifth Main Directorate (the department charged with monitoring and suppressing dissent inside the Soviet Union) and to manufacture a story explaining his transition from KGB officer to St. Petersburg official. Short describes these falsehoods as conveniences or necessary for Putin’s purposes at the time but does not offer a systematic explanation for Putin’s dissimulation.

Short refers more often to Putin’s risk-taking, including some rather dangerous personal behavior in his youth, and to his later attempts at greater caution. Yet here also he does not present a theory to explain the Russian president’s behavior as a young man, a KGB officer and official or as head of state. As a journalist rather than an academic, Short appears more interested in the individual stories of Putin’s risky conduct than in their structure, classification and implications. Readers must each draw individual conclusions.

One intriguing question is only implicit in Short’s work: Is Putin out of touch with today’s Russia and, for that matter, with Russian-speakers in Ukraine and other post-Soviet countries? As the book progresses, and as Putin’s career advances, the narrative necessarily becomes increasingly remote. First-hand accounts from ordinary people who knew Putin in his early life understandably disappear in favor of publicly available information, though Short does present some details from his past interviews.

While Russia’s president continues to encounter ordinary people, these interactions—like those of any president in a large country—are highly structured. During the 22 years that Putin has been president or prime minister, Russia has evolved dramatically; he may have intimately understood public anger over Russia’s domestic chaos and international decline during the 1990s, but how well does he understand his country today? Short does not fully explore either Russia’s evolution or Putin’s connection to its disparate social groups.

In concluding “Putin,” Short grapples with one of the biggest questions in U.S.-Russia relations since 1991—was today’s hostility inevitable? In Short’s view, it was: “America, the dominant global power, believes that its role is to lead. Russia refuses to be led.” These two short sentences capture the enduring tension at the heart of Washington’s interaction with Moscow over the last 30 years. But they prompt another question—namely, if conflict was inevitable, how much does Putin really matter? That Russians appeared shocked by their president’s decision to invade Ukraine in February, notwithstanding broad agreement with his grievances toward America and the West, suggests that some of Putin’s choices have been unique and consequential. Likewise, while their approaches to European security have not been equivalent to Putin’s war, it is conceivable that leaders in Washington, London, Paris, Berlin and other Western capitals could have developed different policies to pursue their hopes and avoid their fears. Short effectively conveys Vladimir Putin’s bitterness that they did not.

Paul Saunders is the president of the Energy Innovation Reform Project and a senior fellow in U.S. foreign policy at the Center for the National Interest.

The opinions expressed herein are solely those of the author. Photo by Kremlin.ru shared under a Creative Commons license.