Several polls just released by the Levada Center on Russians’ attitudes toward foreign countries show that Russians’ animosities toward the West, which increased notably after the color revolution in Kyiv that Brussels supported, are declining. As many as 67 percent of Russians believe their country should treat the West as a partner, according to the poll, which the Levada Center conducted in January and released in February. The previous such poll was conducted in June 2018, at which time 61 percent of Russians believed the West should be treated as Russia’s partner. In contrast, the share of Russians who think their country should treat the West as an enemy or competitor declined from 21 percent in June 2018 to 19 percent in January 2020. 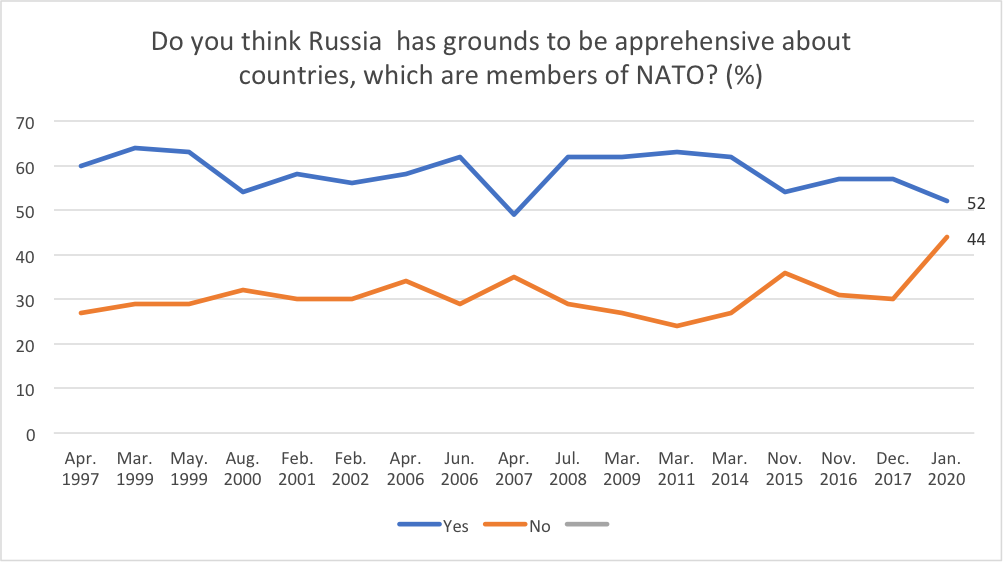 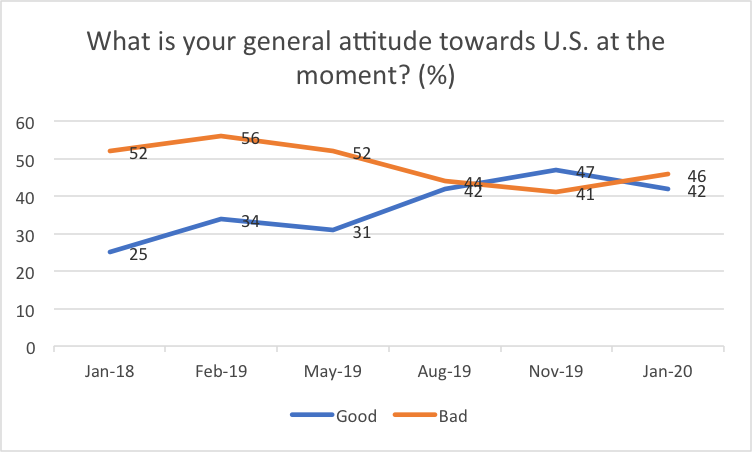 The share of Russians with a negative attitude toward Ukraine has exceeded those with a positive attitude in all measurements except for one in September 2019. Russians’ views of China have been overall much more positive than toward either the West or Ukraine, but, overall, one cannot help noting that almost half of Russians do not think their country should be apprehensive of the West and more than half of Russians see the West as a partner or a friend. 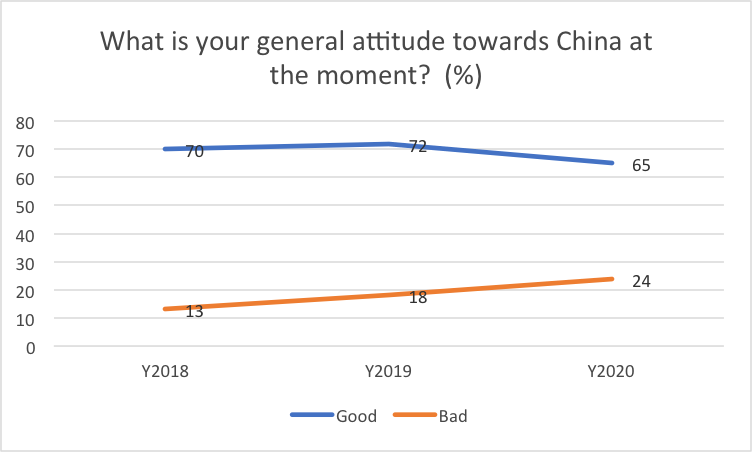 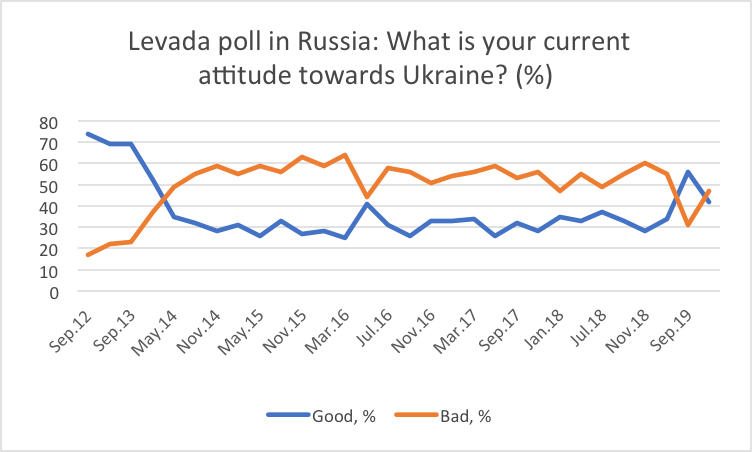 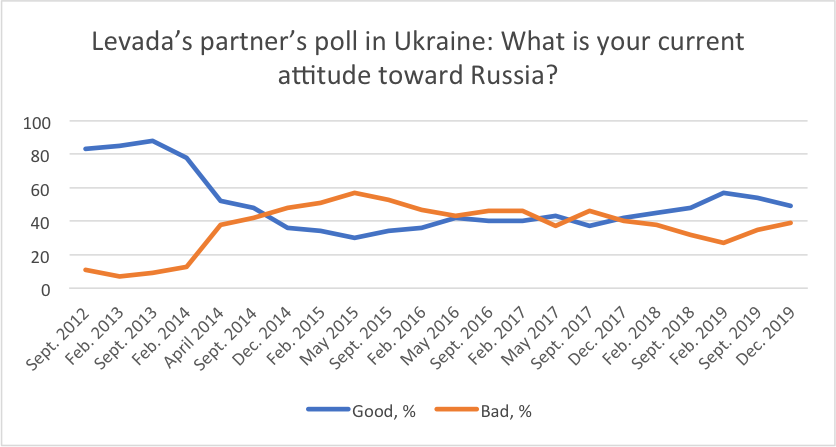 It is difficult to ascertain exactly what has led to the increased number of Russians who view the West as partner or a friend. We would imagine that that the more time elapses from the revolution in Ukraine, the less Russians are inclined to bear a grudge toward its Western supporters. The recent absence of major new sectoral sanctions may have also played a role, as could have calls for re-engagement with Russia by such Western leaders as Emmanuel Macron, along with Russia’s re-installment in PACE. Should U.S. President Donald Trump, German Chancellor Angela Merkel and British Prime Minister Boris Johnson join Macron in accepting Russian President Vladimir Putin’s invitation to attend the May 9, 2020 Victory Day parade in Moscow and hold a P5 summit either in the Russian capital or on the sidelines of the U.N. General Assembly in New York, Russians could develop an even more favorable view of the West.

However, for public opinion to facilitate normalization between Russia and the West, residents of the latter naturally need to have a generally positive attitude toward Russia, too, and this is not the case. The Pew Research Center's latest poll shows that the share of Americans with a favorable view of Russia is 18 percent. Moreover, with the exception of Bulgaria (73 percent), Slovakia (60 percent) and Greece (58 percent), the share of residents in the rest of the EU countries polled by Pew who have a favorable view of Russia is considerably below 50 percent.

It should also be noted that while public opinion matters and does show potential support for the normalization of relations with the West in Russia, it is no silver bullet. Overcoming Russian-Western differences over such key issues as the conflicts in Ukraine and Syria, the deployment of medium-range missiles and election meddling would have a much greater normalizing impact on both relations and the public opinion in Russia and the West.

Simon Saradzhyan is the founding director of Russia Matters. The opinions expressed in this commentary are solely those of the author.

The Oil Price Crash: Will the Kremlin’s Policies Change?

Unplugging the Baltic States: Why Russia’s Economic Approach May Be Shifting

We Can Defense If We Want To

Daily Tallies of New Coronavirus Cases in US, Russia Grow More Often Than Not in March

Experts: US Dual Containment of Russia, China Is Flawed, But Will Continue

Coronavirus and the Kremlin: Will Putin’s Ratings Keep Falling Through Fall?